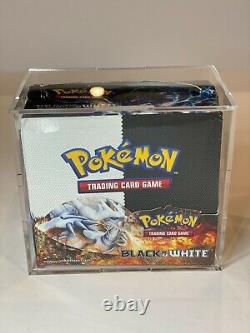 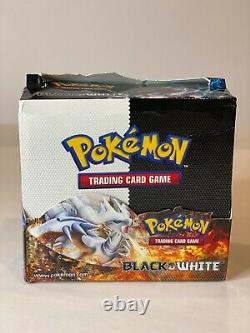 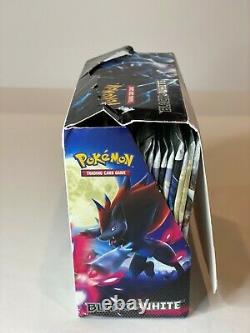 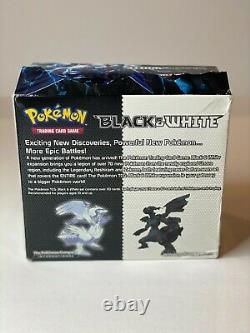 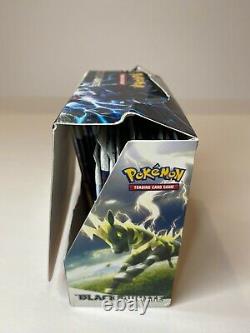 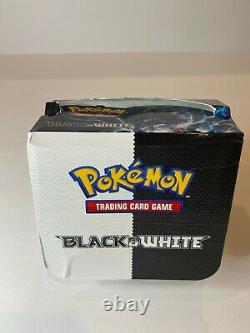 Pokemon Black & White Booster Box: 27 Sealed Packs in Display Case. This is an opened Pokemon Black & White Booster box containing 27 unopened, untouched packs. The box is in good but not perfect condition--as seen in the photos, the top is somewhat bent. As you can see from the About daddybeanie section below, Pokemon cards are just one of the hobbies that excited my kids. We chose Fridays after I got home from work--to celebrate the start of the weekend.

I'm not sure who had more fun--my kids as they saw what important cards they had or me watching their exited faces beaming. Take it from daddybeanie--this a wonderful set, with 115 cards, including special full card art versions of Reshiram and Zekrom as well as a hidden rare foil Pikachu.

Whether you decide to hold onto these for the longterm, open a few packs now, or give these to your kids, you will enjoy these sets. Good luck--I hope you get one of the rare cards!

An exciting new Pokémon Trading Card Game expansion has arrived! With the Pokémon TCG: Black & White expansion, you can discover a legion of over 70 never-before-seen Pokémon from the newly explored Unova region, including new starter Pokémon Snivy, Tepig, and Oshawott, as well as powerful new Pokémon like Zoroark, Galvantula, Reuniclus, plus many more! The new Pokémon TCG: Black & White expansion comes battle-ready with over 110 cards, including the Legendary Reshiram and Zekrom, both featuring never-before-seen art that covers the entire card!

Best of all, only Pokémon from the Unova region appear in the expansion! Enter a bigger Pokémon world with Pokémon TCG: Black & White!

Over 70 never-before-seen Pokémon from the brand-new Unova region. New card frame expands the image of the Pokémon on each card.

This item is in the category "Toys & Hobbies\Collectible Card Games\CCG Sealed Booster Packs". The seller is "daddybeanie" and is located in Waltham, Massachusetts.

This item can be shipped to United States.